What are the requirements for multicast protocol? 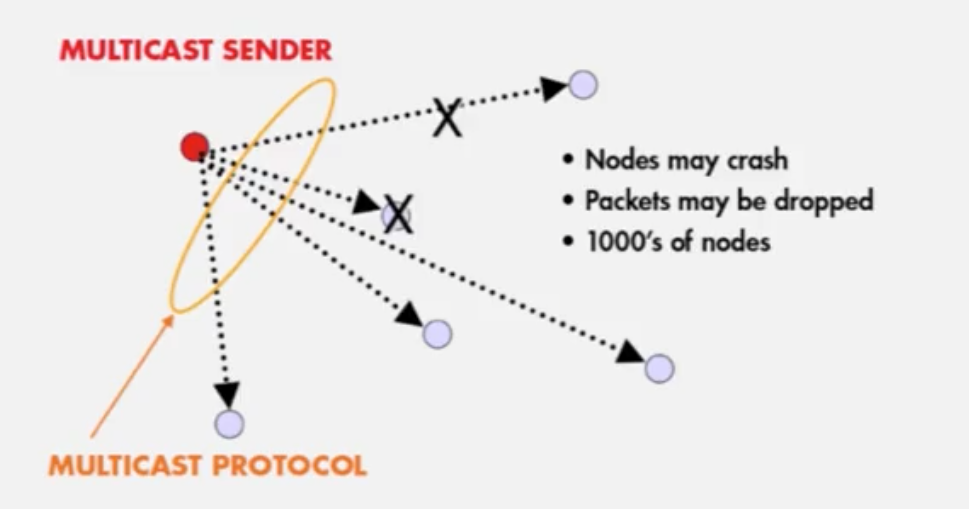 One of the simplest ways of doing multicast is a centralized approach. 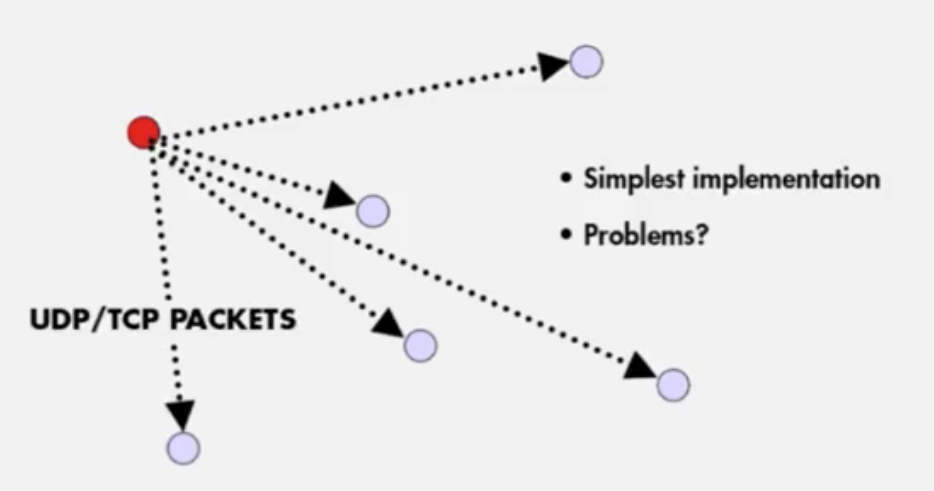 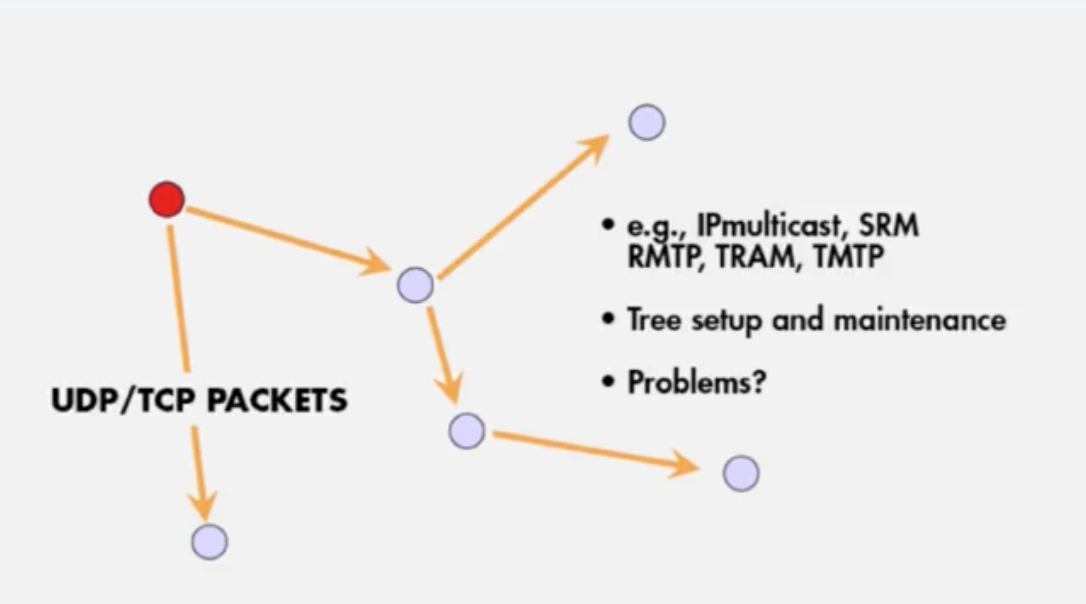 A gossip protocol is a style of computer-to-computer communication protocol inspired by the form of gossip seen in social networks.

Periodically, a sender will select b random nodes from the group, and sends them copies of the gossip. B is a gossip parameter, and typically is a very small number, e.g., 2. 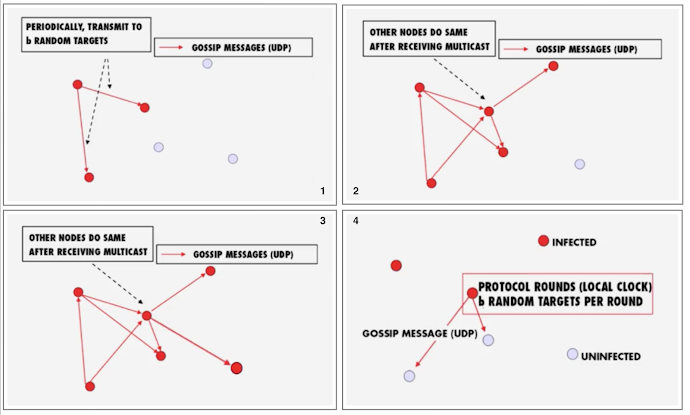 Claims of the simple Push protocol

From old mathematical branch of Epidemiology

With failures, it is possible, but improbable that the epidemic will die out quickly. 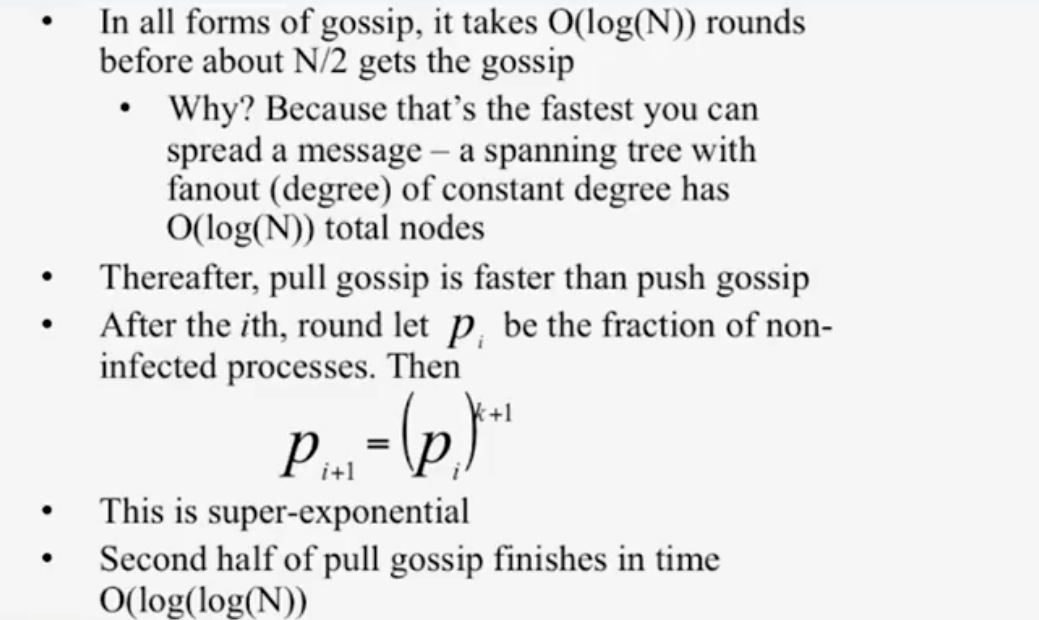 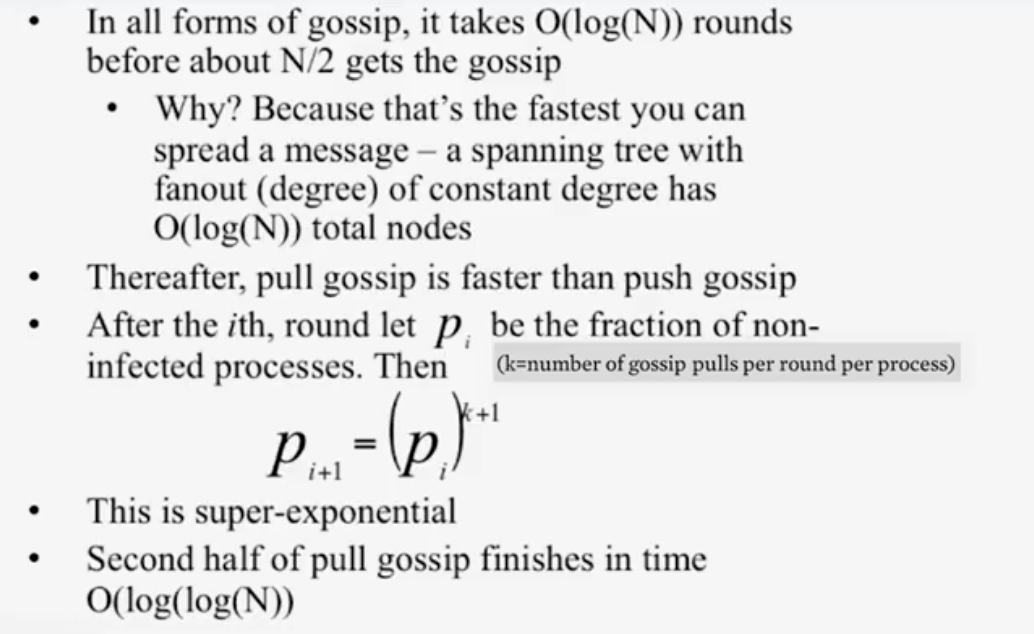 Failures are the norm

The flow of failure detection and dissemination 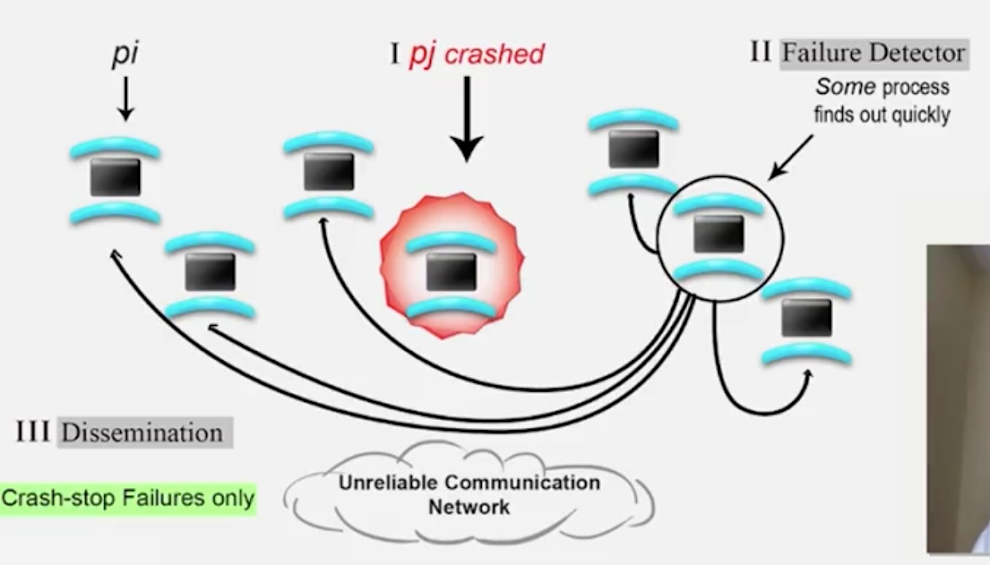 Completeness and Accuracy are impossible together in lossy networks [Chandra and Toueg], if possible, then can solve consensus!

In real world, Completeness is always guaranteed, and Accurary is partial/probabilistic guaranteed(almost 100%, but not exactly). Because when you have a failure, you definitely want to be able to detect it, recover from it, and make your data consistent again. You don’t want to miss any failures. However, if you mistakenly detect a failure, it’s fine for you to ask that poor and victim process to leave the system and rejoin again, perhaps at a different identifier. The overhead of doing that is less than if you do the reverse.

Each process pi sends out heartbeat to all the other processes in the system.
Pros:

Which is the best failure detector?

Optimal is derived from the main properties:

Conclusion: Gossip-based heartbeating protocol has a higher load than the all-to-all heartbeating, it’s because gossip is trying to get a slightly better accuracy by using more messages.

What’s the best/optimal we can do? 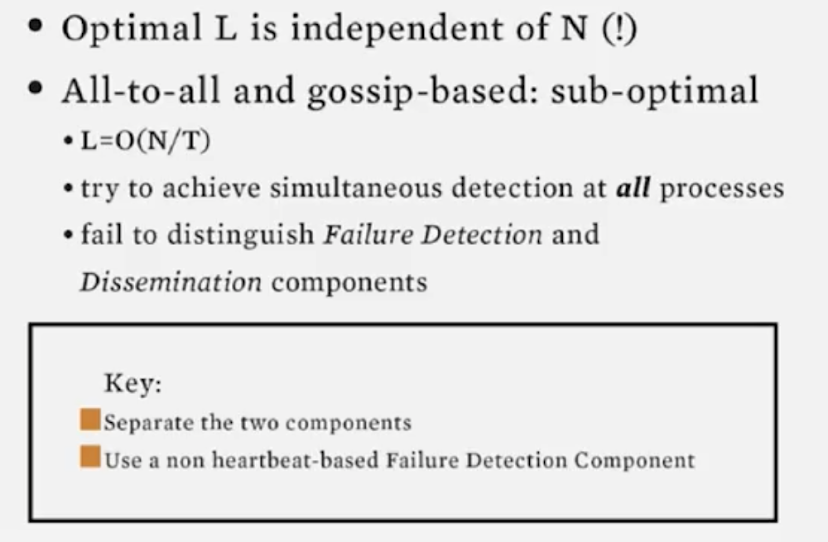 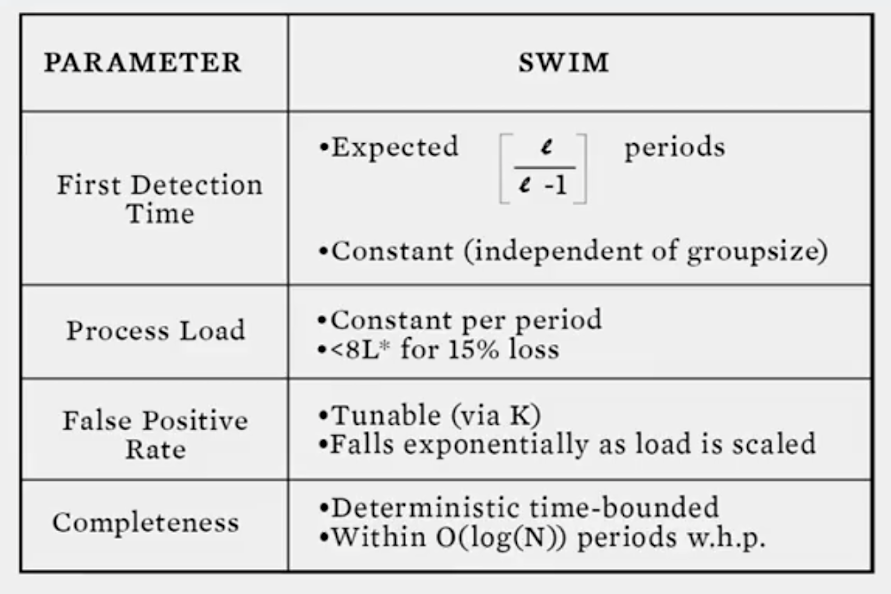 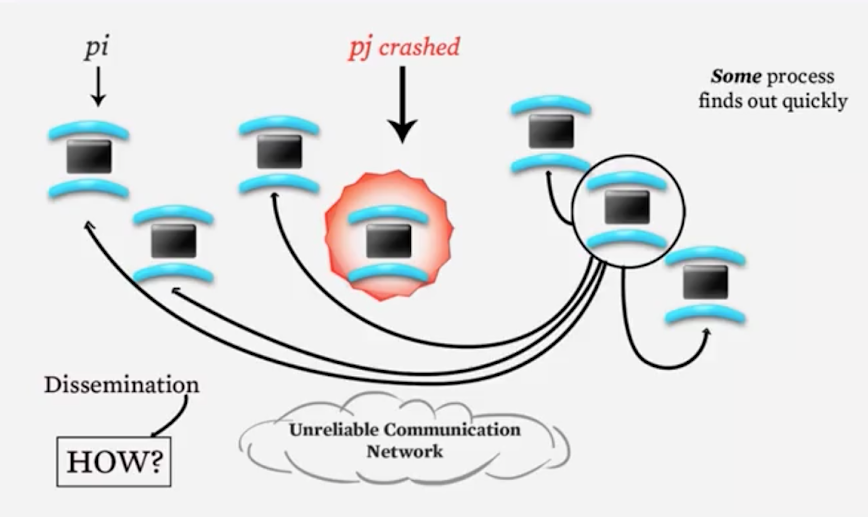 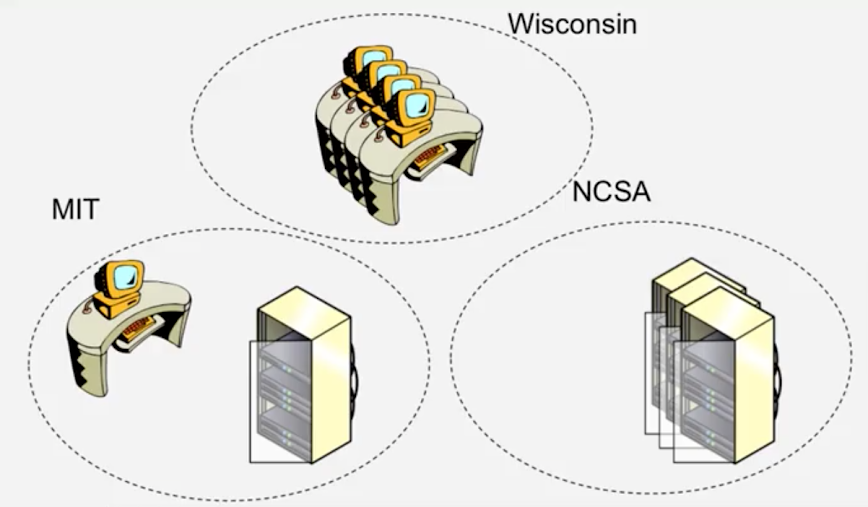 For example, at certain times of the day, the work stations/clusters at Madison, MIT and NCSA are free and available for running your application.

An Application Coded by a Physicist/Biologist/Meteorologist 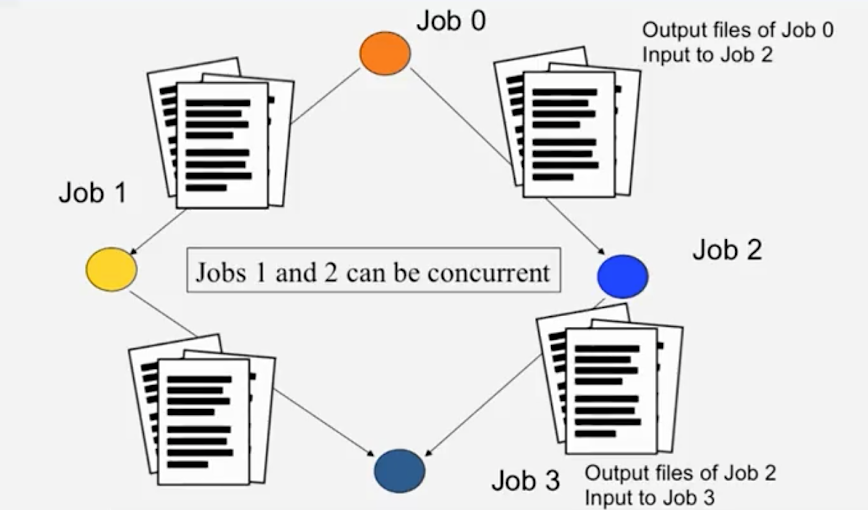 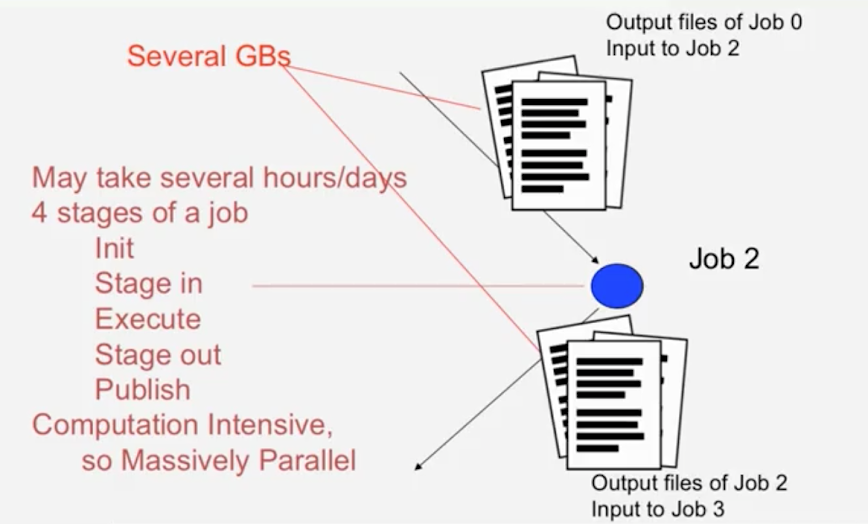 So how do we schedule the jobs? 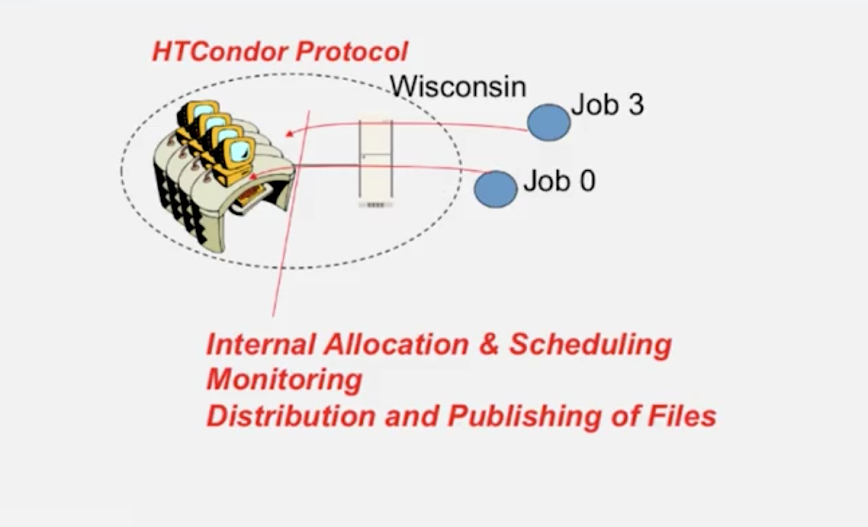 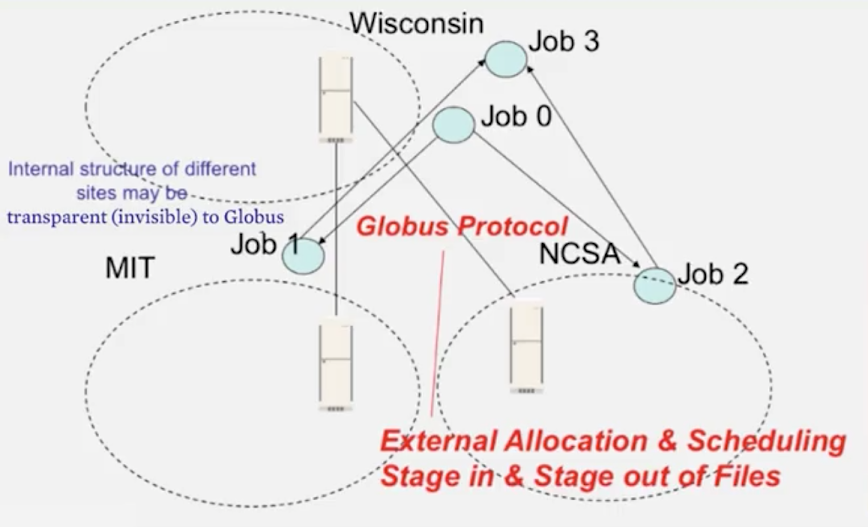