1. What Happens to Our Code? 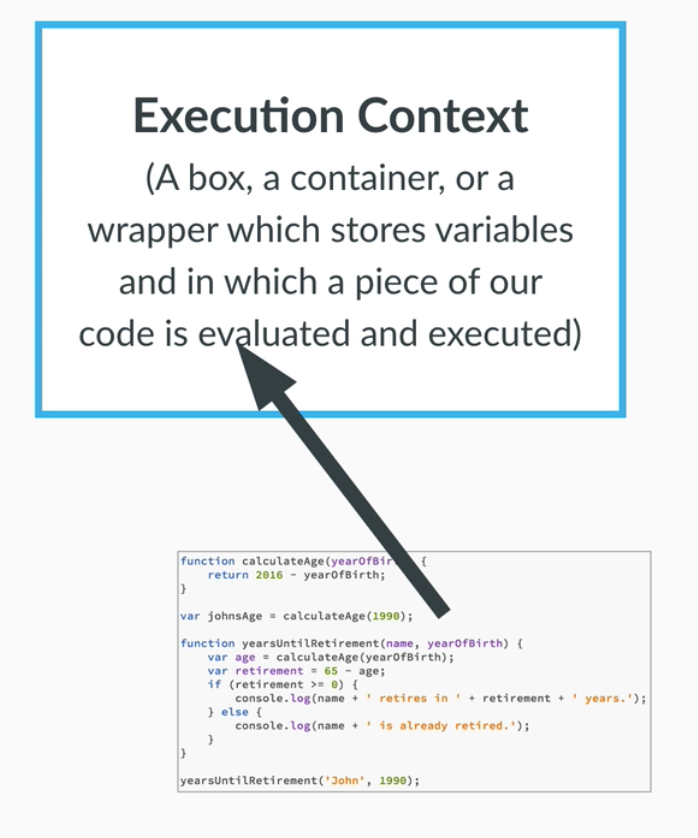 When executing the code inside a function, a new Execution Context will be created on top of the existing one. 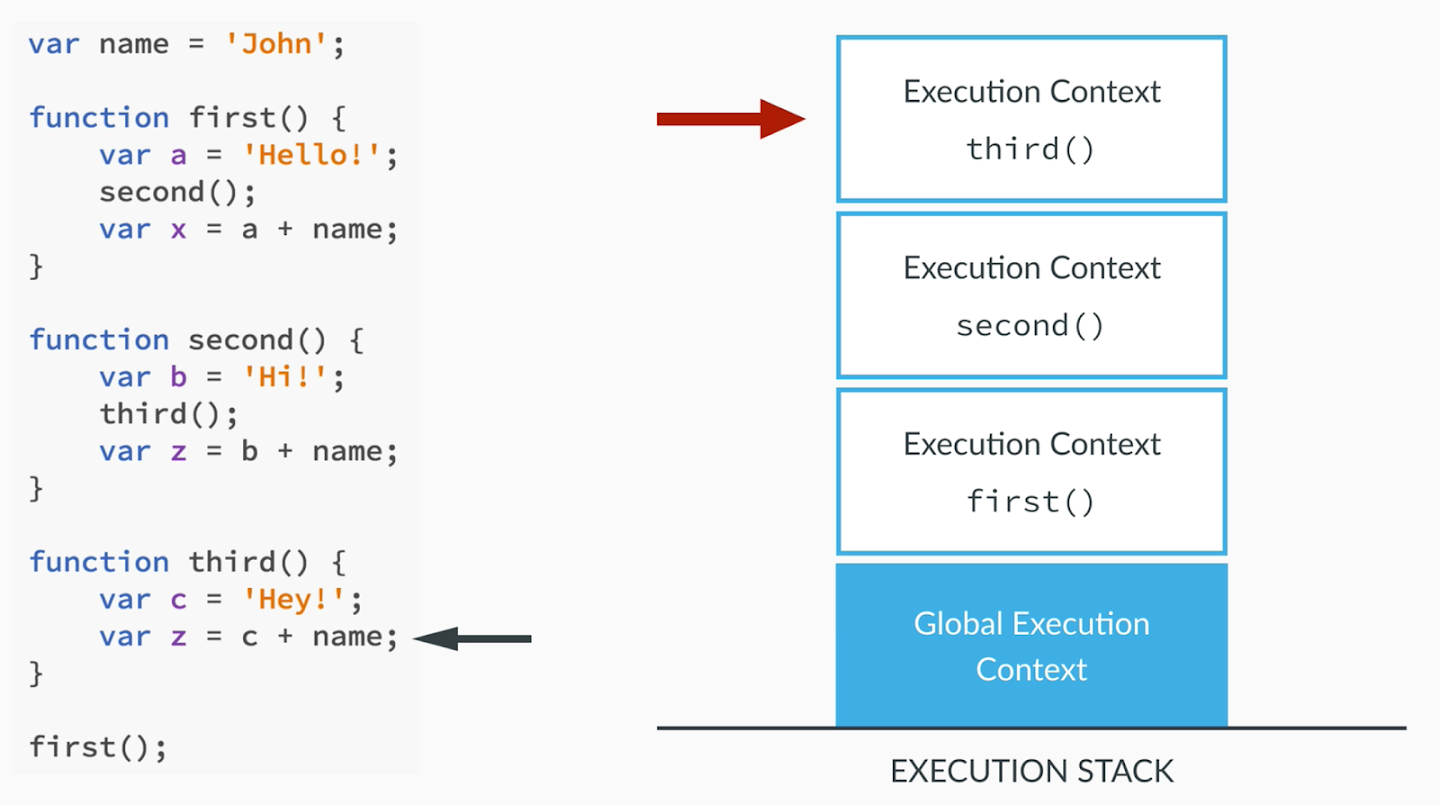 3. The Execution Context in Detail: Creation and Execution Phase and Hoisting

3.1. The Execution Context in Detail 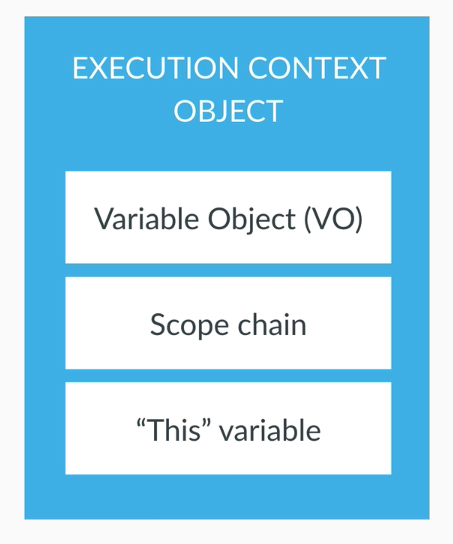 The above code works because the function has already been available before executing.

However, for the following code, it’s not working, since retirement has been created, but just set to undefined before execution.

The above code only prints undefined, which is as expected.

Because the first age is a local variable, but the second is a global one.

5. Scoping and the Scope Chain

Though the stack and scope chain look similar, they are still different.

Because of the scope of the third function, it can only access variable a and d.

The this keyword is not assigned a value until a function where it is defined is actually called.

7. The ‘this’ Keyword in Practice

In this case, the first ‘this’ is the john object, however, the second object is the window object. It’s because the second ‘this’ is inside a regular function call.